Showing posts from January, 2014
Show All

Watching the Daily Politics on Friday I was deeply offended, not to say enraged. The cause of this offence one Muhammad Shafiq who has himself claimed to have been so deeply offended by a tweet from the Lib Dem candidate for Hampstead and Kilburn, Maajid Nawaz, containing a link to a Jesus and Mo cartoon that he has called for his de-selection. I need hardly add that Mr Nawaz as a consequence has received death threats and is now receiving police protection.

Mr Shafiq’s interview on the DP was an interesting case study in the manufacture of outrage, following a template set by the Danish cartoons affair. Mr Shafiq a typical trouble maker, a self obsessed narcissist, self promoter and at heart of course a nobody, who by hijacking religious sensibilities creates a furore loud enough to get him interviewed on TV.

His tactics, to magnify any original offence, affect to be speaking for the great multitudes of his co-religionists and to exhibit two sets of manners. For the BBC and the non Mu…
Read more 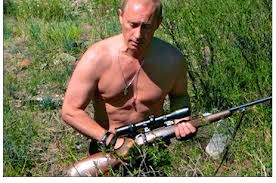 ‘MOSCOW — President Vladimir Putin said Friday that gay people have nothing to fear in Russia as long as they leave children alone.’ Washington Post 17/01/2014
Putin’s remarks seem to have perplexed some commentators, why they ask make such inflammatory remarks in the run up to the Sochi Olympics?
Now I don’t know whether Vladimir Putin believes that anyone who is gay automatically harbours paedophile instincts and thus present an immediate threat to all children and young people.[1] I've seen no evidence that he does not believe it. What I do know is that Putin hates liberalism and liberal values. Putin shares with the Nazi’s, and indeed with Islamists, a belief that liberalism and liberal values are some sort of disease that can infect any society, bringing corruption and decadence in their wake. It is a view shared by the Russian Orthodox Church which believes that in Putin they have found their lord and saviour. It is in this context that his remarks need to be understood.
As fa…
Read more

SHARPTON, SVENGALI, AND THE SMELL OF SULPHAR I see that Al Sharpton has been poking his nose in yet again, inserting his penny worth into the highly complex issues surrounding the shooting of Mark Duggan.True in the article:-http://www.theguardian.com/commentisfree/2014/jan/10/mark-duggan-family-rallying-cry-no-peace-no-justice he promotes non violence but one wonders however why he feels the need to interject his voice at all.

In truth his need is apparent in the piece which is much more of a paean to the legend that is Al Sharpton than a comment on the situation in Tottenham.
The shooting of Duggan raises a number of serious questions about the conduct of the police, but it also needs to be said that Duggan was no Stephen Lawrence figure, but a petty gangster who it appears inspired considerable fear amongst members of the local community. This of course did not give the police permission to execute him, however the jury, - and it is beholden on everyone who believes in a healthy democracy to uphold the jury principle, - seems …
Read more 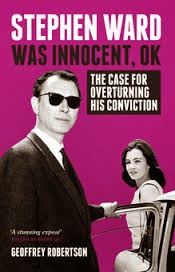 
In a very crowded field the prize for the most smug, self satisfied, and complacent British institution must surely go to the British judiciary. Despite a catalogue of instances in which the courts failed dismally, Stefan Kisko, The Birmingham Six, the Guildford Four, to name but three, the self congratulatory attitude of British judges remains untouched. They dispense, so they believe and given half the chance will tell you, the finest justice in the world. Nothing it seems can burst this pompous bubble of complacency.
When reading Geoffrey Robertson’s book what strikes you most is not however judicial incompetence but sheer brutal spite and malevolence, for Ward was not simply a victim of injustice, he was the victim of an establishment lynch mob.
The trail at the Old Bailey, not normally a venue used for hearing minor criminal cases, represented heresy hunting 20th century style. Ward’s real crime was his class…
Read more

ON LEADERSHIP AND LEADERS 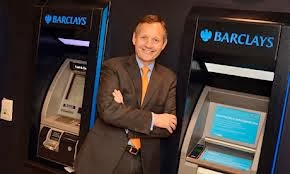 "Never follow leaders." Bob Dylan
Early last week the flagship BBC radio programme, Today, had, as it does each day over the festive period, a guest editor; this particular morning the editor was the CEO of Barclays Bank Antony Jenkins. Listening to the programme what was most striking was how little changed was the financial and business reporting. Any pretence at distance and balance in the financial journalism of the BBC has long gone. Each morning the un-mediated ‘wisdom’ of the City of London pours forth, - the market is king, big bonuses essential, private good public bad.
This particular morning was not however without its comic moments. Thus we had a member of the banking industry speaking to a class of schoolchildren. A representative of the industry that gave us the financial crash of 2008, the train wreck of Northern Rock and RBS, widespread tax avoidance, Libor rate rigging, money laundering for drug cartels and a host of other crimes and misdemeanour's, tellin…
Read more
More posts