Showing posts from March, 2012
Show All

March 31, 2012
The Tories are incredulous that George Osbourn's response to a banal question about his consumption of pasties should have created such bad PR, they, literally, just do not get it. And indeed on one level the question is obviously trivial. Though as good proletarian fare goes pasties are perhaps one of mainstays of the daily diet, he could have just as easily been asked when did you last have beans on toast or Kentucky Fried chicken, (one suspect’s never in the last instance). What got up people’s noses was the dismissive wave of the hand, the raised eyes, weary sigh, listen, his body language said, I am here to talk about macro economics, serious subjects, I can’t possibly be engaged in trivial affairs that only effect the lives of the little people.

Having visited this page I would be grateful for your feedback, either tick one of the boxes below or make a comment via the comments button.
Location: London, UK
Read more 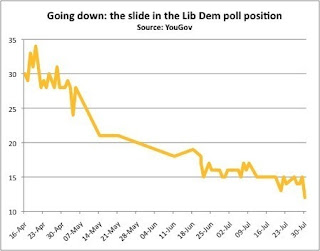 Having visited this page I would be grateful for your feedback, either tick one of the boxes below or make a comment via the comments button.
Read more

MURKY THOUGHTS ON A SUNNY DAY 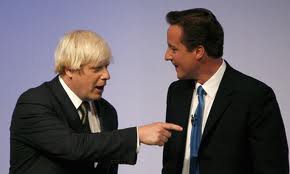 Am I the only one to see Murdoch’s murky hand in the latest Tory fund raising scandal? Remember Kelvin McKenzie’s phone call with John Major, “I have a bucket full of shit and I am just about to pour it over your head!”
Thoughts of such revenge must have animated Rupert when Cameron cast him adrift, announcing Leveson, abandoning his beloved Rebecca and leaving him to face the humiliation of a grilling by Tom Watson on the Home Affairs Select Committee.
Murdoch surely knew about some of the shady tactics adopted by the Tory party to raise funds? He saw his moment and pounced, not only getting revenge on Cameron but also demonstrating the need for deception in investigative journalism, thus getting one in the eye against Lord L.
But then again maybe I am just exceptionally cynical.

The London Mayoral contest throws up some interesting scenarios. Cameron is praying for a victory for Boris, obviously because of the boost this could give to Tory fortunes and not out of any fraternal affectio…
Read more 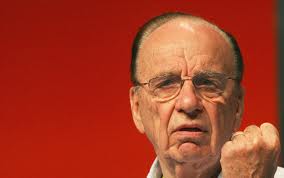 “200-250 grand, now were talking Premier League,for that you get access, 250-300 grand and you get Downing Street; and we’re talking private apartment here, if you know what I mean, spag bog with the PM! And just for you I’ll throw in the missus and kids for free, how’s that? Half a million and he’ll do you a rendition of Danny Boy and cut the top rate of tax to 45p, now can’t say any further than that guv.”
After the story breaks Cameron calls a crisis meeting and dictates a press release.


‘We are going to hold an internal Conservative party enquiry to make sure we never get caught again.’ Oops

“Bring that back!”
‘We are going to hold an internal Conservative party enquiry to make sure we never get caughtthis never happens again.’
Meanwhile Rupert Murdoch calls for a full public enquiry.

Having visited this page I would be grateful for your feedback,…
Read more

A BEACON FOR ISLAM

March 22, 2012
The Devil and the Tory Blue Sea.
It is a constant source of surprise to Londoners that the majority of people in the UK live outside this great metropolis and of even greater astonishment that they should choose to do so. So with apologies for those living outside the pale of civilisation.

In a few weeks time Londoners will be going to the polls to elect a new mayor, on the morning after they will awake to find either Boris Johnson or Ken Livingstone occupying the role. The prospect of either fills me with a kind of low grade nausea, a mixture of powerlessness and despair, however the prospect of Mr Livingstone returning to power fills me with horror. Though a victory for Boris would be seen as a vindication of their policies by the Tories. The devil and the Tory blue sea.
Mr Livingstone, who deprived Londoners of the chance to vote for the articulate, humane and eminently electable Oona King, seems to suffer from what can only be described as the Putin syndrome, i.e. once elected to …
Read more

IN A TSAREVO CAFE

A solitary happiness
A curiously random and undeserved bliss.

I WANT TO LIVE/ Я хочу жить by Nina Lugovskaya 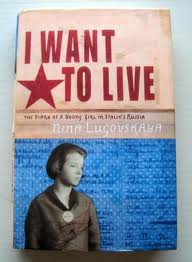 The culture that emerged out of the Russian revolution now seems as distant as that of the ancient pharaohs. It is easy to forget that what was attempted was the creation of a whole new civilisation and a whole new mindset about the human condition. That this experiment ended in the grotesque phenomenon of Stalinism may or may not have been inevitable, as Victor Serge observed the revolution did carry the seeds of Stalinism, but there were other seeds as well and the strangulation of the hopes and aspirations of the revolutionary generation of the 1890’s is one of the great tragedies of the age.
Given that this period in history now seems so distant it astonishes me to think that Nina’s diary was written merely twenty years before I was born. The world it describes is long gone the emotional struggles of adolescence that it describes are universal. The combination of intelligence and sensitivity represents a heady cocktail; cocktails are dangerous things at any time of life but in adol…
Read more

THE SPECTRE OF THOUGHT CRIME

March 21, 2012
Rod Liddle, not one of my favourite people on the planet draws attention to the very disturbing onslaught on free speech I quote,‘I wrote about an illiterate Muslim idiot in the north of England who posted on his Facebook site nasty things about the British soldiers killed in Afghanistan, to the effect that they would ‘go to hell.’* For this, he was arrested and charged with some imaginary crime………’http://www.spectator.co.uk/rodliddle/7724718/sense-about-sensibilities.thtml
Now leaving aside Mr Liddle’s misuse of the word illiterate, when what he means to infer is stupid, (they are not one and the same thing Mr Liddle), he is pointing to a very serious development in British life. On the same day someone spent a night in the cells for posting unpleasant things about the seriously ill footballer Fabrice Muamba. Well I can’t think of anything more sick than this, but should it be treated a crime?
As I write this someone is doing jail time for burning a Koran, whilst on Friday March 9th …
Read more 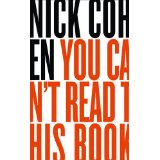 Mr Cameron is right to be addressing the extradition arrangements between the UK and US. The process is wholly skewed against UK citizens, there is no way, rightly, in which American nationals would agree to subject themselves to such a distorted and one sided process. President Obama for his part should raise with Mr Cameron the English libel laws, which make grandiose extra territorial claims for themselves, creating the phenomenon of libel tourism, extending to the rich, powerful, corrupt and criminal the power to suffocate scrutiny, stifle debate and silence criticism. It is no exaggeration to say that English judges making judgements in English libel and privacy cases represent one of the greatest threats to free speech in the democratic world.*

http://www.libelreform.org/
http://www.senseaboutscience.org/pages/keep-libel-laws-out-of-science.html
* See, You Can't Read This Book: Censorship in an Age of Freedom.

Having visited this page I would be grateful fo…
Read more

David Cameron is getting increasingly rattled at Prime Ministers Question time and when he gets rattled he gets nasty, the mask slips. His arguments increasingly reduced to shouting at Ed Miliband “and you’re a crap leader of your party.” You feel that if there was a bread roll at hand he would sling it, aiming for the head. It seems that you can take the man out of Bullingdon* but can’t take Bullingdon out of the man.

The farce that is the race to become the Republican nominee for President ought to provide much room for observation and comment, particularly for those like me with a taste for the absurd; however I find the whole thing deeply depressing. The Republican Party have not put forward a reasonably sane and well adjusted person since Eisenhower. Gerald Ford seemed to inhabit the same planet as the rest of us, though of course was never elected. I always thought the remark that he had played Football once too often without a helmet should have been directed at Ronald Reagan, t…
Read more

This extremely worrying development almost slipped under the news radar. It is now extremely important that Human Rights organisations such as Amnesty and Human Rights Watch, backed by active citizens and all those who are concerned to defend women’s rights to put maximum pressure on western governments to place pressure on the Karzai regime to reject these measures.
Karzai is able to hold onto power only through the financial backing of western governments and more painfully as a consequence of the human treasure expended in terms of the lives of young British American and other NATO armies, men and women, who are fighting against forces seeking to re-impose medieval barbarism.
I write this as the news of six young British servicemen has just been…
Read more 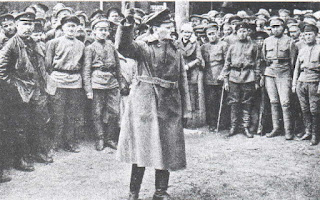 Some days have now elapsed since you last corresponded with me. In that time you have, under severe pressure, agreed to make the work experience programme truly voluntary by removing the sanctions that represented the coercive element of the scheme. This following on from your assurance to me that ‘I had got it wrong’ and that the existing scheme was already purely voluntary.
I think you will find that the political formula to be followed when caught telling lies is either a) to claim you were misquoted, b) say your remarks were taken out of context, or c) if you have the stones, to admit that you told an untruth and apologise, usually with a lot of weasel words about a misunderstanding.
However rather than following any of these routes you simply resort to abuse and smears, continuing to peddle the lie that all opponents of your forced labour schemes are Trotskyites.Well to coin a phrase, I don’t care what you call me you are wrong,
Incidentally during the early Bolsh…
Read more

A PROUD MOMENT FOR THE STOP THE WAR COALITION

March 02, 2012
The Red Cross and Red Crescent are still kept out as Assad’s death squads finish off their work in the Baba Amr district of Homs, which has been subjected to a month-long bombardment by Syrian forces. The misnamed Stop the War Coalition can however chalk this up as one campaign victory, since they have campaigned throughout against any form of foreign intervention. I look forward to a statement on their website boasting of their success.
There is a piece on their website by someone called Matt Carr who writes a blog called the infernal machine,http://www.infernalmachine.co.uk/ , which talks about intervention in Syria in the context of The battle of Omdurman! I kid you not. What on earth can you say of people who write this kind of drivel other than this is the kind of drivel that they write?


Having visited this page I would be grateful for your feedback, either tick one of the boxes below or make a comment via the comments button.
Read more
More posts